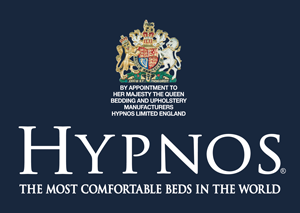 The luxury bedmaker’s performance for the financial year 2016/2017 demonstrates steady growth both in the UK and internationally.

The British-based business, which operates under Hypnos Limited and Hypnos Contract Beds Limited, reports a global turnover for the Group of over £64 million for the year ending 1st July 2017, an increase of 2.7% in the previous year.

Successes were achieved in part with the launch of the Group’s new business, Keen and Able, which provides a ‘white glove’ home delivery, installation and disposal service. This, combined with its ownership of The Furniture Recycling Company (which ensures zero landfill disposal of its retail and hospitality products), puts Hypnos in the unique position of being the only full-service bed manufacturer in the UK.

Hypnos‘ growth and reputation has also been enhanced with the Queen’s Award for Enterprise in International Trade and, for the third time, it was presented with the National Bed Federation’s ‘Bed Manufacturer of the Year’ award.

2016/2017 marked a year of exciting new product launches and retail design collaborations for Hypnos. These include the launch of the Orthos Support Elite™ Collection, the E-motion Collection of adjustable beds and the Easystore™ divan base. Collaborations were made with two of the UK’s top fabric brands, Sanderson and Harlequin, and with interiors journalist and designer, Amira Hashish.

Launches were also made to the hotel trade, with Hypnos’ BoutiqueBase™, Ashbourne natural hotel mattress and EasyLink™ beds.

Stephen Ward, Hypnos Group Managing Director, said: “We are extremely proud of what we have achieved during the last financial year, especially considering some of the tough external factors we have faced. But, as we head into 2018, we are looking forward to another successful year of product launches and collaborations to strengthen the brand even further.”